Agender A person who does not identify with a gender identity or gender expression; some agender-identifying people consider themselves gender neutral, genderless, and/or nonbinary, while some consider “agender” to be their gender identity.

Androgynous A person who may identify and present both, neither, or in-between socially-defined masculine and feminine characteristics.

Biphobia The fear, prejudice, marginalization, hatred, and violence directed at people who are or are perceived to be bisexual, pansexual, or omnisexual.

Bisexual/Pansexual/Omnisexual A person who may experience sexual, romantic, physical or spiritual attraction for members of all gender identities and expressions.

Butch Someone who identifies themselves as masculine, whether it be physically, mentally or emotionally.

Cisgender/Cis A person whose gender identity matches the sex they were assigned at birth (eg. man and male-assigned).

Cisnormativity The societal and structural assumption that all people identify with the gender they were assigned at birth.

Crossdresser One who wears items of clothing not commonly associated with one’s gender. Crossdressing is not necessarily an indication of one’s sexual orientation or gender identity. The formerly used term, “transvestite,” is not considered offensive by some.

Drag Queen/King A person who performs masculine or feminine gender theatrically. While some drag queens and kings also are transgender, the terms are not used interchangeably.

Dyke  Historically used as a slur against queer womxn, particularly masculine-of-center womxn, it is now also reclaimed as an affirming identifier by some queer womxn.

Fag A slur historically used against queer men, which now is reclaimed by some to affirm their identities.

Female-To-Male (FTM), Male-To-Female (MTF) Used to describe a person who has gone through a gender transition, sometimes used to refer to someone who has had gender reassignment surgery.

Femme Someone who identifies themselves as feminine, whether it be physically, mentally or emotionally.

Gender Characteristics Characteristics that have traditionally been used in the gender binary system to attribute gender to an individual, such as facial hair or vocal pitch.

Gender Confirmation/Affirming Surgery A variety of medical procedures that trans people may choose to feel more at home in their bodies; wanting these procedures is not a requirement for being transgender.

Gender Dysphoria Strong, persistent feelings of discomfort with one’s own assigned sex that results in significant distress or impairment.

Gender Expression/Gender Presentation The ways in which people externally communicate their gender identity to others through behavior, clothing, hairstyle, voice, and emphasizing, de-emphasizing, or changing their bodies’ characteristics. Gender expression is not necessarily an indication of sexual orientation.

Genderfluid Describes a gender identity that may change or shift over time between or within the mix of the options available.

Gender Identity An individual’s understanding, definition, or experience of their own gender, regardless of sex assigned at birth.

Genderqueer or Non-Binary A spectrum of gender identities that are not exclusively masculine or feminine?; or as an umbrella term for many gender non-conforming or nonbinary identities (eg. agender, bigender, genderfluid). Non-binary identities can fall under the transgender umbrella, since many non-binary people identify with a gender that is different from their assigned sex.

Gender Pronouns How people want to be referred to when they are addressed or talked about in third person. Some examples of gender-neutral pronouns are They/them/theirs and Ze/hir/hirs. Mx is a gender-neutral honorific meant to affirm individuals who do not fit in the Mr/Mrs binary.

Heteronormativity The belief that heterosexuality, predicated on the gender binary, is the default, preferred, or normal mode of sexual orientation. It assumes that sexual and marital relations are most fitting between cis men and cis women. A heteronormative view therefore involves alignment of biological sex, sexuality, gender identity, and gender roles. Heteronormativity is often linked to heterosexism and homophobia

Homophobia The fear, prejudice, marginalization, hatred, and violence directed at people because they are or are perceived to be gay, lesbian, or queer.

Intersex A general term used for a variety of conditions in which a person is born with a reproductive or sexual anatomy that doesn’t seem to fit the typical definitions of female or male.  At least one in 2,000 children are intersex. Most receive cosmetic surgery so the child’s genitalia conform to societal and familial expectations of “normalcy,” even though such surgeries are not medically necessary and can damage the child’s reproductive organs. Intersex is a socially constructed category that reflects real biological variation. Nature doesn’t decide where “male” ends and “intersex” begins, or where “intersex” ends and “female” begins. Humans decide. (Though still used by some medical professionals the term “hermaphrodite” is considered misleading and stigmatizing.)

Passing Being perceived as a particular privileged identity/gender, regardless of how the person identifies (straight passing, cis passing, etc.).

Passing Privilege A trans person who is perceived as cisgender or a queer person passing as straight may face less prejudice, harassment, and risk of violence, as well as better employment opportunities. This is in contrast to increased risk and danger for trans and queer people who do not pass.

Physical Sex A classification based on reproductive biology. It is mistakenly assumed there are two sexes identified by genes, gonads, primary sex characteristics, or secondary sex characteristics. It is more accurate to think of physical sex as a continuum with most individuals concentrated near the ends.

Polyamory A romantic orientation and practice of having multiple partners, who are consenting to relationships with varying structures; not inherently queer.

Queer Traditionally a derogatory term for LGBTQQ people, some of whom still find it offensive. However, over the last few decades many LGBTQQ people have reclaimed this term, as both an act of empowerment in the face of homophobia, and a way of acknowledging and making space for the varied and complex sexualities and sexual orientations possible.

Questioning A person who is unsure about their sexual orientation or gender identity.

QTPOC Refers to queer and trans people of color, often used when differentiating the experiences of people of color and white people within the LGBTQ+ community.

Sexual Identity How people identify their own sexuality.

Sexual Orientation A person’s attraction to members of the same or other genders. Includes gay, lesbian, queer, bisexual, pansexual, polysexual, asexual, and heterosexual.

Third Gender A person who identifies with a gender outside of the gender binary imposed by colonization. Fa’afafine of Samoa, Hijra of South Asia, and the Muxe in Oaxaca, Mexico are some examples of third genders.

Transgender/Trans Person Someone whose gender identity does not correspond to the sex they were assigned at birth. People who choose not to conform to society’s stereotypical notions of gender expression. Being transgender is independent of sexual orientation. Transgender people may identify as heterosexual, homosexual, bisexual, asexual, or may decline to label their sexual orientation. Trans people may or may not use medical methods to alter their appearance.

Transexual  A term that has fallen out of favor among most trans people. It used to mean transgender people who have, or want to, use medical intervention (hormones or surgery) to permanently transition from the gender assigned at birth to the one they identify as. Many trans people reject the word, some because its containing the word “sex” wrongly evokes sexuality, rather than gender identity. Some trans people embrace the term “transsexual” and reject the word “transgender”.

Two-Spirit A modern umbrella term by and for LGBTQ Native Americans to describe a non-binary gender system that existed within many Native American communities before colonization. This term should not be used by people who are not Native American.

Same-Gender Loving A term used by African-Americans and other people of color who associate the terms “gay” and “lesbian” with an LGBTQQ community historically dominated by white people.

Transition The period during which one is changing from living as the gender assigned at birth to one’s gender identity. A complicated, multi-step process that may include notifying people in one’s life, asking people to use a new name and new pronouns, legally changing one’s name, altering one’s body.

Transphobia Fear of and discrimination against transgender people.

Womxn A spelling of “women” that aims to be more inclusive and intersectional, and to show that womxn are not limited to being defined by patriarchy or gender binary. 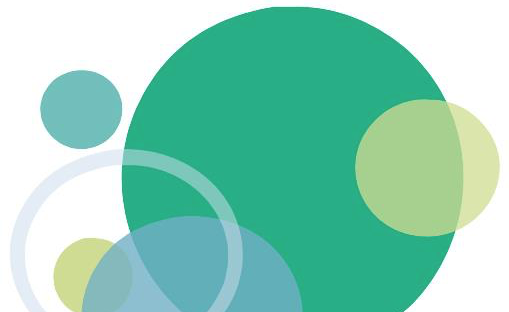